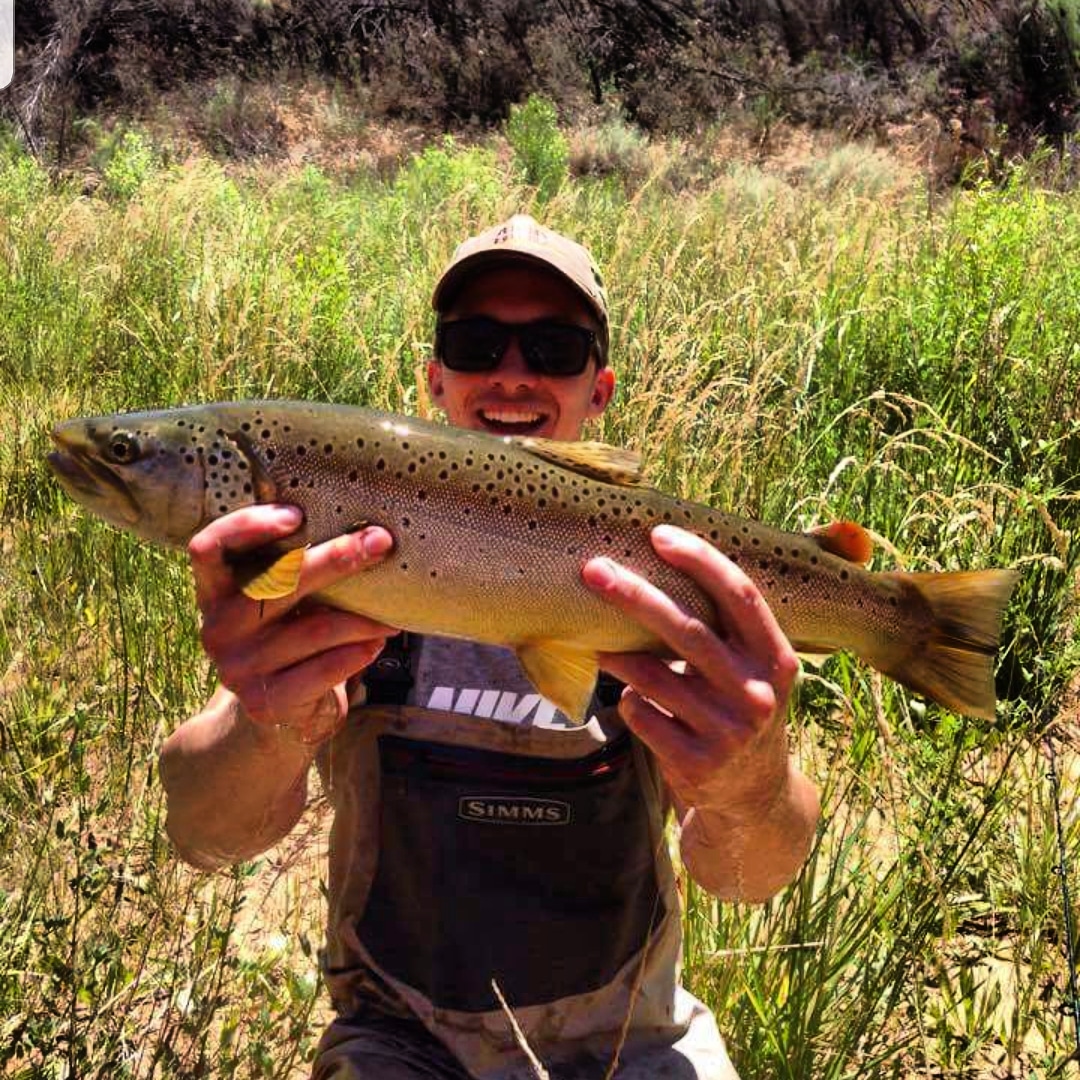 Fly fishing is an angling technique in which an artificial “fly” is used to catch fish. Spin fishing uses a “spinning lure” to entice fish to bite.

With fly fishing, the fly is cast using a fly rod, reel and specialized weighted line. The fly is nearly weightless, so it requires casting techniques different from other forms of casting. Typically, fly fishermen will use hand tied flies resembling natural invertebrates or baitfish with the hopes that fish will bite the fly. Fly fishing is done in both fresh and salt water environments.

Spin fishing differs from fly fishing and bait cast fishing by the type of rod and reel used. If you were to go spin fishing you’d either use the open faced reel or the closed faced reel. Meanwhile, the spin fishing rod doesn’t have a trigger attached at its base– and this is one of the main ways it’s different than a bait casting fishing rod.

Did you know that with fly fishing it’s the weight of the tapered fly line and the leader which propels the fly to its intended target whereas in spin fishing the casting of a weighted hook is what ultimately propels the lure toward fish? Fly and spin fishing gear aren’t interchangeable.

Why would someone want to use the spin fishing technique? It’s good for covering a wider range of water quickly. That said, fly fishing is often preferred because it allows a more exact representation of food sources, and, thus, brings in more fish.

If you were fishing for trout, which technique is ideal? That would be fly fishing. Trout mostly eat bugs. You can use an artificial fly representing a bug to catch trout when fly fishing. Meanwhile, if you’re in salt water, it might make sense to try spin fishing. Why? Well, it allows for casting a greater distance and can easily mimic the movements of baitfish, so you’re apt to catch more fish with this method in salt water.

Want to know more about fly fishing or spin fishing at Lees Ferry? Learn about catching rainbows, browns and more with guided fishing trips by calling 800-533-7339.